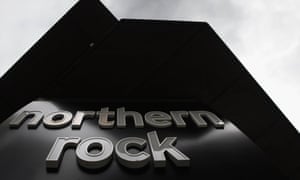 George Osborne said he had secured a good deal for the taxpayer as Cerebus Capital agreed to pay £280m above face value for the loans. Photograph: Dan Kitwood/Getty Images

MPs are to look into the sale of £13bn of former Northern Rock mortgages to the US private equity group Cerberus Capital, to examine whether the deal was in the public interest.

The Treasury select committee of MPs, led by Andrew Tyrie, has not decided whether to launch a formal inquiry but will take advice about the sale after hearing concerns.

George Osborne said he had secured a good deal for the taxpayer when he announced that Cerberus Capital had agreed to pay £280m above face value for the loans, from UKAR, the government’s holding company for former Northern Rock and Bradford & Bingley mortgage assets.

Tax barrister Jolyon Maugham, who advised Ed Miliband’s Labour party before the last election, argues that in the longer-term the UK taxpayer may lose out because of the way the deal was structured.

“If you are chasing after short-term gains as a chancellor you might take one option, which is to sell the loans to the highest bidder,” says Maugham. “But if you are acting as a long-term steward of the economy, you absolutely have regard for where tax revenues are going to come from in the future.” 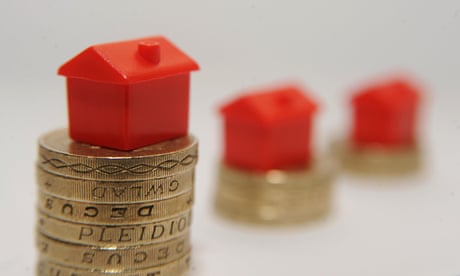 The Treasury’s initial announcement of the sale lists the purchaser of the mortgage assets as affiliates of Cerberus, a US private equity group. It has since emerged that the portfolio of mortgage and other loan assets (apart from £3.3bn of assets which have already been sold to TSB) have been bought by Cerberus European Residential Holdings, a company based in the Netherlands.

“Cerberus is a US-based company and the loan book comprises UK loans. What’s the reason for this transaction to go to Holland?” said Maugham.

Maugham reckons that £13bn worth of loans would bring in an annual revenue of up to £623m a year at an interest rate of 4.79%. If that income were subject to corporation tax of 20% it would imply UK corporation tax receipts of up to £125m, which he suggests are unlikely to be received if the revenues go to Holland instead.

Cerberus, named after the mythical three-headed dog that guards Hades, declined to comment on why a Dutch entity had bought the mortgages or whether it would pay the same amount of UK tax as a UK-registered entity would have done.

Online requests for information about Cerberus European Residential Holdings were met by a statement from the Dutch equivalent of Companies House: “No financial statements have been filed.”

A spokesman for Tyrie’s parliamentary committee said: “Seven years after the taxpayer bailed out Northern Rock, it is good news that the chancellor has managed to sell these assets, and at a price above their face value.

“The Treasury committee will be looking closely at whether the best possible deal for the taxpayer has been obtained.”

The Netherlands’ attractiveness to foreign businesses is well-known. Starbucks has signed a deal with Dutch tax officials that was recently deemed unlawful by the European commission.

In a 2014 paper for clients, accountants PwC described the Dutch taxation system as containing “many incentives that stimulate entrepreneurship, foreign investment in the Netherlands and immigration of foreign employees”.

Cerberus, which manages $25bn (£15.4bn) in assets globally, also uses 11 companies established in Ireland to buy heavily discounted property loans from European banks. In Ireland Cerberus paid just €10,320 in tax over two years, despite combined turnover for 2013 and 2014 of €224m, according to the Irish Times.

The 2014 purchase by Cerberus of €1.6bn of Northern Ireland property assets from the National Asset Management Agency – Ireland’s state-owned “bad bank” – has been the subject of a number of investigations, including by the UK’s National Crime Agency and the US Department of Justice, following claims that a Northern Irish politician was due to receive £7m in payments.

Cerberus declined to appear before the Northern Ireland Assembly’s finance committee looking into the payments in September but sent a written submission saying: “To Cerberus’ best knowledge, no improper or illegal payments have been made on its behalf in connection with the Project Eagle portfolio.”

George Kerevan, a Scottish Nationalist party MP on the UK’s parliament’s Treasury select committee, is concerned about the sheer scale of the Cerberus operation in Europe, where it has built up a massive portfolio of distressed assets across many territories.

“Given what happened in the last bubble I think we need to keep a watching brief on these kind of investment patterns,” he said. “This is the kind of thing the Treasury select committee needs to keep an eye on.”