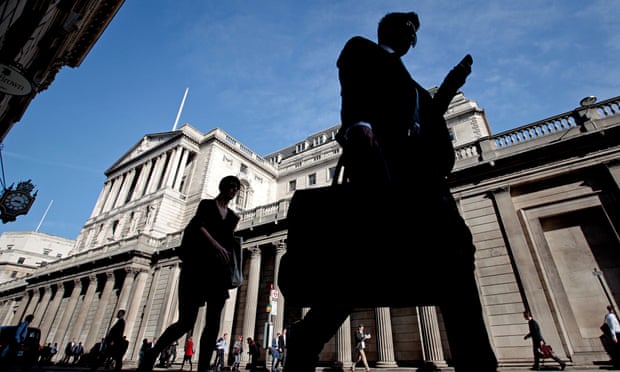 Pedestrians walk past the Bank of England. ‘With all that money sloshing about, the real moral hazard of the financial services industry is deep in the marrow of the profession.’ Photograph: Bloomberg via Getty Images

Nosegays are bunches of flowers that posh people used to carry to fend off the smell of commoners when travelling the streets. In a former life, it was a standard part of my kit when I used to dress up as chaplain to one of the sheriffs of the City of London, now the outgoing Lord Mayor. And nosegays will still be carried on Saturday’s Lord Mayor’s Day, when the mayors are rotated and the incoming one travels up to Westminster to swear loyalty to the crown.

This ceremony, now celebrating its 800th anniversary, was a part of the overall settlement of 1215 – the year of Magna Carta – when a deal was struck that the City could be granted the independence of having its own mayoral authority as long as that authority was subservient to the crown. In a constitutional monarchy, that settlement can be reasonably reinterpreted to mean that the City has relative freedom and independence, as long as it acknowledges its subservience to the common good as represented by the monarch. Or, to stretch it a bit more: markets are made for man, not man for markets.

On Wednesday, the Bank of England threw open its doors in an unprecedented gesture of transparency. With not a nosegay in sight, the governor of the Bank, Canadian Mark Carney, broke with centuries of well-guarded privacy and invited us commoners into the heart of the financial establishment, opening his institution to interrogation from those members of the public who had succeeded in getting a ticket through a public ballot. Even George Osborne was carried away by this spirit of openness, giving a speech about how he understood all the public anger at bankers, and then taking questions from the floor.

The purpose of all this touchy-feely openness? To address the widespread worry that the City has lost its social licence – that, even seven years after the banking crisis, we still don’t trust them. And without this trust, they don’t really have a social licence to operate. So we have massively raised capital requirements, they now say. No more too big to fail. We have ringfenced the socially useful high street banks from the risky casino capitalism of the investment banks, they say. We have passed laws to send cheating bankers to prison. And now we talk a lot more about morality. So please trust us again.

So, should we? The short answer is no. And I say that not because I think bankers are some special sort of baddie, constitutionally different from you or me. But rather because I think they are exactly like you and me – and thus subject to the same pull of greed that we all are. With all that money sloshing about, the real moral hazard of the financial services industry is deep in the marrow of the profession. Which is why suspicion should always be the default approach. Clever, highly incentivised people will always outfox the careful and considered pace of the regulators – especially when technology, with smartphones and big data, is continually opening up new forms of banking, and thus new ways to get around the existing legislation. And those of us who were old soldiers of Occupy ought not to keep preparing for past battles. Whatever the next battle looks like, we can be sure it will look totally different to the last one.

But one thing remains true: the more people trust the bankers, the more we should worry. For, as history demonstrates, it is precisely when we drop our critical vigilance that the banks are given the social licence to invent ingenious new ways of ripping us off. Remember how high the social licence had become in the run up to the 2007-08 crisis. Let’s not be that gullible again.

But credit where it is due. Dropping the nosegay approach was a good idea. And Mark Carney’s desire to break out of the closed feedback loop of City insiders is much to be commended. But in my parish, just a mile or so from the City, the growth industry is still food banks. And until that changes, you won’t find me hugging a banker or praising their social usefulness.