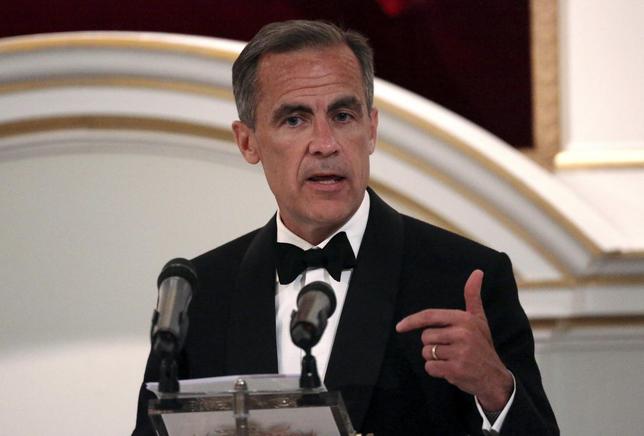 Bank of England Governor Mark Carney speaks during the Bankers and Merchants Dinner at the Masion House in London, Britain June 10, 2015.
Reuters/Neil Hall

LONDON Bank of England Governor Mark Carney said on Friday that many people working in finance are still unaware of the standards of conduct expected and the need for them to exceed that required by the letter of the law.

“A lot of people in these markets didn’t really know – and probably still do not know – what is expected of them because it hasn’t been adequately defined in everyday language,” Carney said at a conference in the City of London.

“There are Aristotelian ethics up here, and very black-letter regulation down here, and you can go round that in some cases but still be offside.”

The conference, which aims to promote a more inclusive form of capitalism, was earlier addressed by the Archbishop of Canterbury, who worked in finance and the oil industry before joining the clergy, as well as the Prince of Wales.

Carney also reiterated recent warnings that financial markets should be prepared for liquidity to dry up — especially in fixed-income markets — in response either to central bank actions or more fundamental factors.

← Taxpayer forced to foot multi-million legal bill to defend shamed HBOS and RBS bankers: Costs spiral after report into who was to blame delayed by lawyers
RBS paves the way for Williams & Glyn sale →