RBS invites pitches for broker role ahead of privatisation – sources 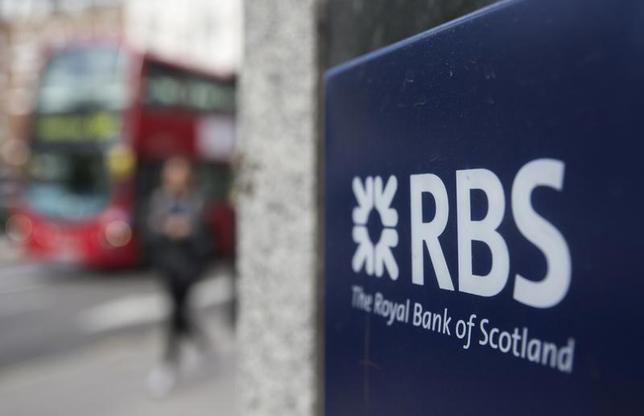 A sign is displayed outside of a branch of The Royal Bank of Scotland in central London, Britain May 20, 2015 Reuters/Neil Hall

LONDON Royal Bank of Scotland (RBS.L) has invited investment banks to pitch for the role of corporate broker as the state-backed lender gears up for a full return to public hands, two sources familiar with the matter told Reuters on Friday.

The British government, which owns 80 percent of RBS, may begin selling part of the state’s holding at a loss later this year, sources familiar with the matter told Reuters on May 10.

The government wants to accelerate the disposal of its shares in RBS and Lloyds Banking Group (LLOY.L), rescued at a combined cost of 66 billion pounds during the 2007-9 financial crisis.

It has already sold around half its 41 percent stake in Lloyds at a profit, but at current share prices it is sitting on a loss of around 13.5 billion pounds on its investment in RBS.

Corporate brokers, a setup peculiar to London, are investment bankers who act as intermediaries between public companies

and institutional investors. They are retained as a corporation’s trusted adviser, built up over years of being its eyes and ears in the market.

Morgan Stanley (MS.N) and UBS (UBSG.VX) are currently corporate brokers to RBS. The new broking role will likely include larger responsibilities to help the bank through the privatisation process. UBS, which already advises the government on a number of selloffs in process, will likely not pitch for the expanded role.

Morgan Stanley has also been advising UK Financial Investments (UKFI), which manages government stakes in RBS and Lloyds along with other financial assets, on its plan to sell shares in Lloyds since December.

JPMorgan (JPM.N) is among a group of banks pitching for the new role at RBS, sources said. The bank was until recently adviser to UKFI, which British finance minister George Osborne said on May 22 would merge with the Shareholder Executive

, which controls 23 other state-owned businesses, and is itself looking for new advisers as part of a planned rotation.

In a speech to business leaders in London, Osborne said he wanted to “get the government out of the business of owning great chunks of our banking system, and indeed other assets that should be in the private sector”.

In March, the government said it wanted to sell 9 billion pounds of shares in Lloyds and 13 billion pounds of home loans held by bailed-out Northern Rock and Bradford and Bingley by the end of the 2015/16 financial year.